Dealing with infertility and finding happiness

I hate you pregnancy test!!! 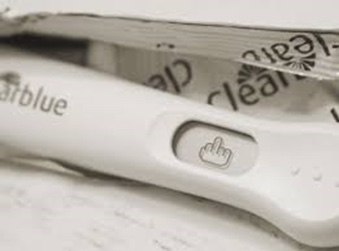 I would think that over the last 15 years I am at this point keeping these pregnancy and OPK test companies in business.

It starts with the excited buy in the early stages of trying. The optimist in me would buy the expensive brands and in bulk. They would sit proudly on my bathroom cabinets like a promise of the future we wanted. I couldn’t wait to test.

With each passing month the affection for these tests and that promised future, they started to take on a cruel light. As the fertility testing starts and the scheduled sex, the waiting to take the next test is torturous.

Then you get within a few days of aunt flows arrival and try it early because you never know and I can’t wait any longer …..

Listening to my heartbeat in my ears from anticipation.

Hands and feet cold with fear. And then…..

Feeling nothing for a few moments, almost a resigned “I knew it would be negative” followed by overwhelming sadness. Another month gone and no baby. Sitting cradling the cruel test, hoping the answer would change. Maybe it was too early??

The following few days until aunt flow arrives a small glimmer of hope remains symptom watching and googling “early signs of pregnancy” like a crazy person. Convincing my cray-cray brain that I am indeed peeing more (I Wasnt) or that my boobs did indeed hurt (they did but they do every month) that those cramps must be implanting cramps (they were not. They were period cramps.) That usually ends with me in a bathroom somewhere silently crying after another failed month.

It takes strength to pull yourself up and dust yourself down and go in for another round. Hopes a cruel bitch.

At this point it feels like the only option is IVF for us. In recent years I haven’t bought any tests. One, because I hate them and two because if I get pregnant then I will know at some point! What’s the point of the repeated torture.

In some ways I am probably delaying the last little bit of weight I have to loose because if we do the IVF then there is a chance I have to look at another negative pregnancy test. I know most people won’t understand that but anyone in our shoes will.

It may seem slightly kooky but I would like a ceremonial burning of everyone I have ever had to take along with the OPKs.

I imagine how it would have been to have simply gotten pregnant and not needing all these tests.

To not know what the anxiety of the two week wait feels like.

To have not experienced the crushing disappointment of each passing month, or worst of all those rare tests that were in fact positive but then ended in bitter loss all the same.

Can you imagine that. All those years waiting. To finally see that PREGNANT only to feel that life leave you. That dream leave. My heart to just break.

So yep. I hate those damn tests. I will avoid that aisle at the supermarket, but if one day on the news you hear of a woman smashing up the pregnancy test alley at a North East supermarket. You can bet your arse it’s me. Harley Quinning the shit out of those smug blue boxes.

Having blogged for years on my life, I found that sharing the story and the heartbreak of trying to have a family was so helpful. I decided to dedicate a blog to fertility and trying to conceive in the hopes that others will gain comfort of knowing they are not alone.

2 thoughts on “I hate you pregnancy test!!!”

This is a text widget, which allows you to add text or HTML to your sidebar. You can use them to display text, links, images, HTML, or a combination of these. Edit them in the Widget section of the Customizer.